The Executive Editor and Assistant Editors are responsible for the initial wide choice of documents which are then assessed by the Editors to select the most appropriate documents. Documents are prioritised in terms of importance  and are processed by the Editors in geographical and thematic tranches. 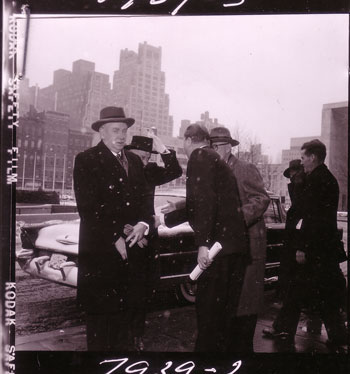 In the DIFP volumes as published, documents are generally presented in chronological order based on date of despatch. Because of the importance of the Anglo-Irish Treaty of 1921, the editors of DIFP I decided to group documents relating to the Treaty together as a discrete chapter. With the exception of some documents from 1920 in this chapter, which have been reintegrated chronologically, the original sequence of documents has been preserved in the online version for consistency with the print edition, as have the spelling conventions used in the original volumes. The original document numbers have been retained. Where we have been unable to identify or determine the date on which a document was created, for reference purposes we have dated it to the first day of the month in which it was created, though we have not necessarily incorporated such documents into a strict chronological sequence. In cases where the date of composition was uncertain, some documents have been placed alongside others dealing with a related issue or theme. Some of the original annotations have been adapted for online use by the replacement of page references to the original volumes with the equivalent document references, and the insertion of hyperlinks where appropriate. A very small number of documents have not been reproduced in the online edition due to copyright issues.

The text of documents has been reproduced as exactly as possible. Marginal notes and annotations have been reproduced in footnotes. Where possible the authors of marginal notes have been identified. There are no alterations of the text of documents or deletions without indication being given of where changes have been made. No omissions of facts of major importance in reaching a decision have been made. Nothing is omitted that might conceal or gloss over defects in policy making and policy execution.

Excisions from documents may be necessary to avoid publication of matters that would tend to impede current diplomatic negotiations or other business. In addition, the Editors’ remit is to be interpreted in conjunction with the obligations laid out in the National Archives Act (1986) and the Freedom of Information Act (1997), the provisions of which take precedence.

At some points in the text the footnotes refer to documents that have either been ‘not located’ or ‘not printed’. In the first case the document referred to could not be found, and in the second case, the document was either routine or repeated information found elsewhere in the documents selected and so was not printed.

If it was impossible to make out a word or series of words an ellipsis has been inserted or the assumed word inserted with an explanatory footnote. Spelling mistakes have been silently corrected, but capitalisation, punctuation, signatures and contemporary spelling have been left as found in the originals and have been changed only where the sense is affected by the error. Additions to the text appear in square brackets. Original abbreviations have been preserved and either spelt out between square brackets or explained in the list of abbreviations.

English was the language of Irish diplomats. It is evident from the archives that communication in Irish was only used for documents of symbolic national importance. The Irish language was more commonly used for salutations and in signatures. In many cases there was no consistent spelling of Gaelicised names and in the volume many different spellings of the same name and salutation in Irish occur. These have not been standardised and are reproduced as found. Documents reproduced in Irish and English were checked against each other for consistency.

The authors of the documents reproduced tended to refer to Britain as ‘England’ or made no distinction between the two geographical entities and the editors have not thought it necessary to insert [sic] at relevant points throughout volumes.

Editorial issues that are specific to individual DIFP volumes are outlined in the introductions to the volumes.

For any corrections or functionality issues, please contact us at difp@ria.ie

We use cookies for necessary technical reasons, to enhance your site navigation, to analyse site usage and assist in our tracking efforts. You can accept all cookies by clicking “Accept”.

Rejecting some types of cookies may impact your experience of the website.Manage your settings.

This website uses cookies so that we can provide you with the best user experience possible. Cookie information is stored in your browser and performs functions such as recognising you when you return to our website and helping our team to understand which sections of the website you find most interesting and useful.

Strictly Necessary Cookie should be enabled at all times so that we can save your preferences for cookie settings.

If you disable this cookie, we will not be able to save your preferences. This means that every time you visit this website you will need to enable or disable cookies again.

This website uses Google Analytics to collect anonymous information such as the number of visitors to the site, and the most popular pages.

Please enable Strictly Necessary Cookies first so that we can save your preferences!